I’ve told the story many times that I started my career in facilities with Texas Christian University (TCU) when I was in high school. In 1971 in Fort Worth, after you turned 16 you found a job once school let out. The college students were finished for the semester and had returned to their hometown, and jobs were plentiful. Minimum wage was $1.65 per hour, but there was an exemption for students. We were paid $1.10. 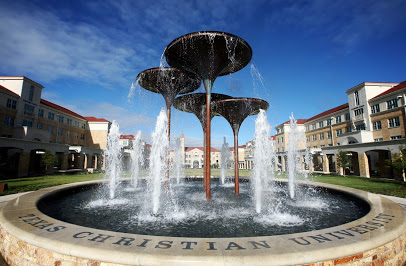 Students got every dirty job no one else wanted to do, and they put me with the guy who changed air conditioning filters and greased motors, a 25-year-old whose dad also worked on campus in the cafeteria. Even though Ronnie was just 25, he had worked at TCU for a while, knew everyone, and seemingly could fix anything. Not only that, he was always going out with the single women on campus and had a girlfriend in every department. As a high school senior, I looked up to him. Admired him.

That summer and the next, my freshman year in college, we engaged in the kind of hijinks young men were notorious for on a college campus in the 70s. Along the way, we had fun and got more work done than any other three or four employees. Over the years, I eventually worked as a chilled water Plant Operator and as the Energy Manager under Ronnie, and he went on to become the Superintendent of the HVAC Shop and Plant Operations.

I mention this now that I am about to retire from New Mexico State University, because I learned a lot from Ronnie that stuck with me during my career in higher education. We would sort the work orders into two piles of “those that pay to be here” and “those that are paid to be here,” and we took care of the students’ work orders before anyone else. Students first. We treated every work order as if it were an emergency. A sense of urgency. When we finished a project, we picked up after ourselves instead of leaving it for the custodians. Clean up after yourself. We were told once that re-tubing a chiller was too expensive, so we just let it sit waiting for funding and moisture ruined the motor, turning a $50k fix into a $500k replacement. After that, we adopted an iron-clad policy of removing anything that wasn’t working or being used and of fixing things immediately before they became more expensive to repair. If it’s broke, fix it or get rid of it.

Every pipe, conduit, or wire we installed was plumb and level, at right angles, and looked professional – or we tore it out and re-did it while making fun of each other for being careless. Your work speaks for your commitment to excellence. One time, we found ourselves at the bottom of the mechanical pit at the Library needing to operate a valve without a handle with nothing but an adjustable wrench. After arguing about who was going to climb out of the 40-foot-deep vault and go to the shop for a box end wrench, we instead used the crescent and stripped the brass stem, causing ourselves many more hours of repairs.

Use the right tool for the job. No matter how bad you think it is, you can always make it worse. Think.

From the first day we worked together, like many young men, we would say that when our time came, we hoped we would just croak suddenly from a heart attack instead of becoming old and feeble. In 1999, Ronnie came in from cleaning his swimming pool, grabbed his chest, and dropped dead from a heart attack. He was 53. Old and feeble suddenly looked a lot better.

Ronnie might be gone, but what I learned from him stayed with me all these years.

Robert Fulghum, the author of All I Really Need to Know I Learned in Kindergarten, wrote:

Without realizing it, we fill important places in each other’s lives. It’s that way with a minister and congregation. Or with the guy at the corner grocery, the mechanic at the local garage, the family doctor, teachers, neighbors, co-workers. Good people, who are always “there,” who can be relied upon in small, important ways. People who teach us, bless us, encourage us, support us, uplift us in the dailiness of life. We never tell them. I don’t why, but we don’t.

And, of course, we fill that role ourselves. There are those who depend on us, watch us, learn from us, take from us. And we never know. Don’t sell yourself short. You may never have proof of your importance, but you are more important than you think.

It reminds me of an old Sufi story of a good man who was granted one wish by God. The man said he would like to go about doing good without knowing about it. God granted his wish. And then God decided that it was such a good idea, he would grant that wish to all human beings. And so it has been to this day.

We all learn from each other, and perhaps you have had an opportunity to pick up a few things from someone over the years. If you have, be sure to let them know while you can! It will mean a lot.

2 thoughts on “Thank you, my friend! better late than never…”